Ever the Preacher8 Practical Truths from Christ's Resurrection (Part 1) 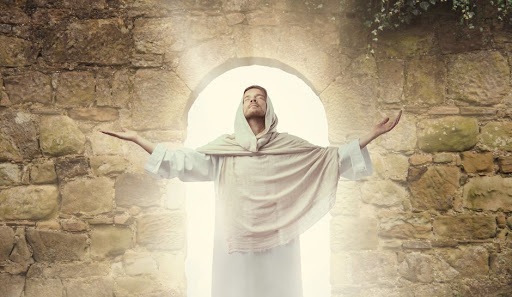 Throughout history of all mankind, there has never been a more powerful event than the resurrection of our Lord and Savior Jesus Christ. He did what no other man or religion could ever do. He conquered death. And He lives still today. Critics have tried hard to find holes in the resurrection story; skeptics have attempted to prove it didn’t happen. Yet His power continues to impact and change lives. Historical evidence and scriptural truth continue to remind a lost world that Jesus indeed did rise again. And He’s made a huge difference in so many of our lives and in our world because of it.

We’ll look at the first four in the post and consider the last for in a later post. Here’s the first four practical truths that come from the resurrection of Christ!

“And Jesus Christ our Lord was shown to be the Son of God when God powerfully raised him from the dead by means of the Holy Spirit.” Romans 1:4

There is nothing like the power of Jesus’ resurrection from the dead that proves to a lost world that He is indeed who He says He is. He is Lord. He is savior. He is king. He is victorious. He is risen! There have been many false prophets throughout history, claiming to be God or attempting to lead people astray. But no one else has ever given their lives for a lost world, then miraculously resurrect up from the dead. No one. Jesus Christ is the only one who holds the power over sin and death.

2. It offers us the gift of forgiveness.

“The death he died, he died to sin once for all; but the life he lives, he lives to God. In the same way, count yourselves dead to sin but alive to God in Christ Jesus.” Romans 6:10-11

Jesus conquered sin and death on the cross, and He rose again, demonstrating His power over darkness. Love provided a way for us to be forgiven once and for all.

He loosened the chains, He broke off the locks, He opened the way for us to walk in the forgiveness that He so graciously offers. He wiped the slate clean, He’s paid the debt we owe.

3. It offers us the gift of salvation through Christ.

“If you confess with your mouth that Jesus is Lord and believe in your heart that God raised him from the dead, you will be saved.” Romans 10:9

The message of the cross is that Jesus paid our penalty for death when He chose to die on our behalf. He took our place, so that we could be saved. He was the ultimate sacrifice because He never sinned, not once. He was the only one who could make the way for a great rescue of mankind.

And the power of His resurrection means this: He didn’t stay dead. He’s not still in the tomb. Death couldn’t hold Him back. Darkness couldn’t bury Love and hold Him in the grave. Jesus’ power broke through all that, and His nail-scarred hands that reached out to rescue a lost world is still reaching out today. It’s more than just knowing the facts in your head; it’s about believing the truth in your heart. That’s where the change takes place. That’s how we’re affected by the gospel and power of Christ. He came to seek and to save all who were lost. That’s the message of the resurrection power.

4. It gives us the ability to live free.

“Jesus said to her, “I am the resurrection and the life. Whoever believes in me, though he die, yet shall he live,” John 11:25

Jesus Himself is the only One who can give us new life. No one else holds, or has ever held, that power. He redeems our past and restores our brokenness. He gives us great strength and peace, He gives us hope and a future. Through Christ’s victory over death, as believers in Him, we are unchained from the hold of darkness, no longer under the grip of the enemy. Though we will still face battles and struggles in this life; and many days we will find ourselves under attack or up against spiritual forces that try to defeat us, we know where our true power is found. Jesus provides all that we need to live free in this life. He is our rescuer, He is our savior, He is the Word, He is the way-maker. He is the chain-breaker, He is the truth, He is the bread of life. He offers us living water, He is the resurrection and the life.

More from Ever The Preacher 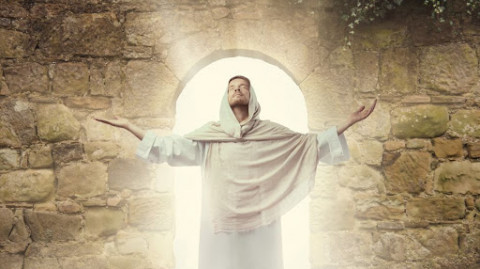